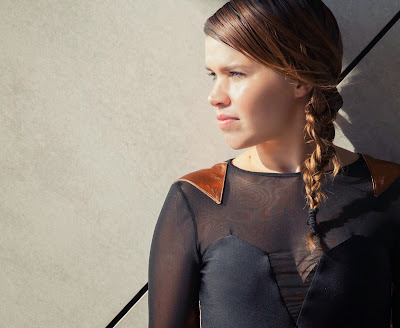 Belgium soul singer is back on a brand new beat...

The first song on the new album is called « Regrets ». It's a strange way to start a new record...
Lady Linn (laughs) : Well, for me the title is not the most important thing. It's more about the atmosphere of the song. And it's a good song to start with. It starts very slow and easy. I thought it was a good beginning.

On that record you switched from piano writing to guitar writing...
L.L : Sometimes it's good to discover a new instrument and make songs with it. You don't know it so well and then you do different things. And i thought it was time for something different. A new approach. It's fresh and surprising.

If we go back to « No goodbye at all », when the album was released, did you have the feeling that you couldn't do a better record on that specific kind of music, sixties jazz/soul ?
L.L : Actually, it was my first album to be released in France but it was the second one in Belgium. It was my second album in that style. It grew naturally in me, i wanted to do something else. I wanted to be free. Not thinking about the band, the magnificent seven. I wrote the first two records with the band in mind, the full horn section, the piano. Now i just want to write and then we'll see what happens. I wanted to do something else.

And this is a new sound for you. Do you feel the need to move forward ?
L.L : I wouldn't say forward because i still like my two previous cds. And we still play the old songs during the show. But you know there was a part of me that was never there in my own music. I sang house for ten years and you didn't hear it in my music. And now in the last album i feel it's more me. A combination of things. Now i combine more all the things i am doing in one. The last album was more about the concept of the band. Now it's just me. Renaud Letang has made the songs very different. My songs were very acoustic when i went to Renaud. He chose to do something very poppy with it. I was ok. I trust him.

Is it like a new start, exciting ?
L.L : Yeah, it is for me. I really like it. It gives me new energy. Also live it's a different band with a lot of new musicians. The horns are still there and the sings backing vocals as well. We worked hard. Everybody like the new band. We enjoy it.

On the other hand there are songs like « Back », « Remember », « Drive » would could easily been on previous albums...
L.L : That is what i mean. I combine a lot of styles. I listen to soul music but also pop, rock, jazz, country, reggae, brazilian music. But in the end, it's still me who writes the songs. Previous albums, produced in a different way could have been like this. The songs are the songs.

Do you have like a core, a musical identity and then you evolve around it ?
L.L : Yeah that's it. You write songs but what they are going to sound like could be very different.

Another new thing is the 80s angle on « Never ». It's a very poppy song, new wave song...
L.L : Yeah it's true. This is a song i wrote about a feeling i have and i think it's very universal. From the moment you let somebody go and then sometimes they start to love you. It's typical. It's something i struggle a lot with in previous relationships. Not anymore i'm happy (laughs) ! It happened a lot to me. I was in a relationship that wasn't working out. So i left and then he was coming back. At that moment, when i wrote it, it wasn't going on but it is still in me. You still want the person but you know it's not good for you...

A few words about the « sassy » side of you ?
L.L (laughs) : Sassiness to me is like, i'm confident, i know i can be strong. You see a lot of people that are very sassy, confident and you're a little bit jealous about that. You also admire them. You think they have no problems, actually that's not true. I thought it was a funny topic. The feeling of jealousy is childish actually. It's not helping anybody. To me sassy is to be more confident.

This is the first time the band the magnificent seven is not involved in a recording...
L.L : Yes. That's because of the style. Also because the way of work is very different. The previous albums i wrote i only rehearse with the whole band. But now i wrote the songs and we made a demo with just one guitare player, Bruno. And then we went to met Renaud. He did a lot about the sound. Every musician involved came one by one to Paris for a couple of days. Renaud took the lead and worked with them. The arrangement is different. Also, we chose the name Lady Linn and her Magnificent Seven because it sounded like an old big band like Duke Ellington and his orchestra, Count Basie and his orchestra. It's the same vibe. It's a more produced record, not just about the band. They're playing but not as a group. I thought, it's too different, that is not the same anymore. Also it's not the same musicians anymore, the three horns are the only ones left. The name, Lady Linn and her magnificent seven, didn't fit the music anymore.This is too different from what it was.

You told us about Renaud Letang, who produced the album. Do you have a special working relationship with him ?
L.L : Yes. He's really great ! And i really love to come to Paris ! I really loved it ! I love to record here and work with Renaud. We did a tour in France, two years ago. The people are really warm. When we came to play, they were very enthousiastic from the first song already ! And we are not used to that. In Belgium, people are not so opened. In France you start to play and they start to dance already and you didn't do anything (laughs). It feels very natural. It's very nice. Even in the smaller clubs we played. They are very enthousiastic ! It's very fun for me to be out of Belgium.

Like a vacation ?
L.L : It feels very exciting. Yeah it feels like a vacation. A better vacation actually because we're doing something here (laughs) ! 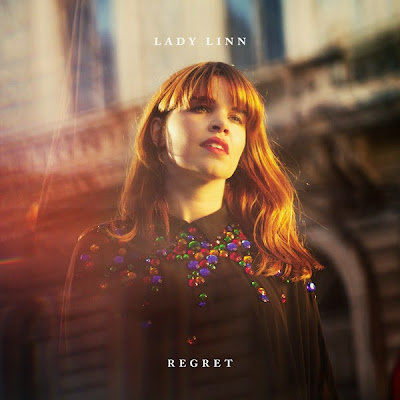 We talked about the guitar, yet there is a beautiful piano song « Feeling me » on the album. A few words about that one ?
L.L : This is one of the first songs i wrote for the album. Two years ago i was still teaching in a music school and i wrote the song there, in the classroom on a big piano. I have recorded the song with my phone on my voice mail because i had nothing else and i felt the urge to record. I forgot about the recording. The song had changed it was a pop song and it became an energy song. And then i said to Renaud : I don't feel this song maybe we should throw it away. And then by accident i listen to my voice mail. I am very bad with voice mail, i leave to many messages. So i listened and i heard « Feeling me » on the piano. It was higher in a different key. Wow that was much more beautiful (laughs) ! I said to Renaud, do you want to hear it, i think it's better than the first version. We put it like that. This is funny. Weird.

I think the first song recorded for the album was « High »...
L.L : Yes indeed. Renaud said « It remind me of the flashdance movie » ! What a feeling (she sings). He added some beats. I was surprised by the way he heard things differently. It was more of a soul song not disco. But he knew i like disco and i like singing dance. That's why.

I've read you liked Charles Bradley...
L.L : Yeah i was inspired by him. I was watching television and i saw a live concert. It really touched me. It's amazing how he lets himself go like a transe or something. He's actually high on music. Wow, really !

I saw him live a couple of times and i thought he was going to cry on stage...
L.L : Yeah and he does ! He really gets high. That's why i wrote the song. After watching this i had to cry because it was « WOW » ! It's unbelieveable ! Very emotional. I went straight to my piano in the living room and i start to write the song, it came out in ten minutes or something. Just because of him, he made a very big impression (laughs) !

Did you met him already ?
L.L : No, maybe i should. It doesn't matter actually. I'm glad he inspired me, he doesn't have to know me. It's not important.

And where do you want to go from there ?
L.L : Right now i'm writing for a movie in Belgium. I'm writing the whole music score for the movie. It's gonna be out in 2015. It's a new thing for me but i really like it. There is going to be instrumental but there is also songs. It's different from the « high » album. It's very empty. Sensitive. I can't really explain it. I'm also inspired by new people, the afrobeat scene.