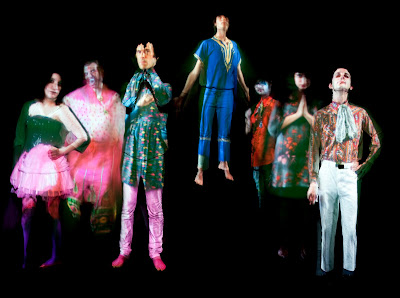 Kevin Barnes, from the band Of Montreal, is like a painter. Mixing sounds into each other, like painters mix colors, creating an unbelievable web of sounds. Let’s try to find out a little more…

1) Do You think that working with RNB singers like Janelle Monae and Solange Knowles may be a new opening for the band ?

Kevin Barnes : i hope so, i hope that every RNB singer asks me to co-write with them, i'd love to write with erykah badu,estelle, alicia keys and... uh...gladys knight.

KB : it's just an end of love song, it was written out of frustration and dismay, but as it turns out, just when you think something is dead it arises again in full feather.

3) Few years back i saw the band playing an acoustic show case in a record store in Paris as a guitar duet. That was an awesome performance. Would you like to cut an acoustic album ?

KB : i plan on writing an album around the nylon string guitar, i feel that that is something all songwriters should attempt, i love the work of leonard cohen and he did great work with that instrument, if someone very close to me dies i will make that album.

4) In its acoustic version "Coquet Coquette" sounsd like a pop folk song. On the album it turns out to be completely different. How do you work on the studio ? It seems that you're experimenting a lot with your material...

KB : i do experiment a lot in the studio, it is the one great thing about working out of my home studio, i have a lot of time to let songs develop organically, if i'm not feeling excited about the way a song is turning out i can start from scratch and begin again, or i can just remove certain elements and move parts around until it feels exciting to me. i work alone so that i have the freedom to do that without hurting anyone's feelings.

5) Is the band popular in Montreal ? (I always wanted to ask you that)

KB : yes, we always have great shows there, but i don't know if it is because of our name or if there just happens to be a lot of cool people in that city, i mean we do well in Toronto too, so maybe Canadians just dig our sound:-)

KB : just that we are extremely excited about coming back to France in October. our shows in Paris are always amazingly fun and we have a lot of friends there that we can't wait to party with. we feel that the French really understand us, it is always a great feeling to perform there, it's almost like a home town show. 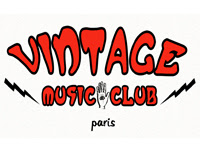